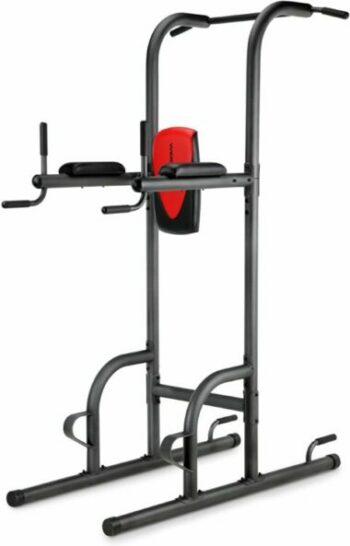 Weider Fitness has quietly become a big player in the home fitness equipment game, and rightfully so.  They have a huge assortment of simple, bare-bones equipment that should last you forever.  As calisthenics trainers, what does Weider offer that we can use?  My first recommendation would be to look into the Weider Power Tower.  Like many other power towers out there, this single tower can be used as an all-in-one workout unit.  But how does it compare to its competition?  Check out my Weider Power Tower Review to learn why I think this is a solid investment for anyone interested in a simple, budget power tower. 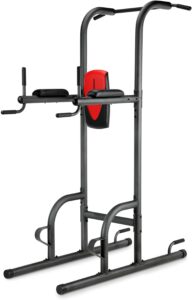 If you are looking for a power tower for a much lower price than the competition, then the Weider Power Tower is a great choice.  It is one of the cheapest available, and is much sturdier than you’d expect.  On top of that, it should last a long time before any wear and tear becomes visible.  I hope my Weider Power Tower Review has helped you in your power tower search.  I strongly recommend it for anyone on a budget who wants to get a great bodyweight workout at home.

Do you have the Weider Power Tower?  How has it helped your calisthenics journey?  Leave a comment below!  And if you’re only looking for a solid over-the-door pull up bar, check out my guide for these great little pieces of equipment here.  And remember to stretch!

Weider Power Tower Review:  4 out of 5 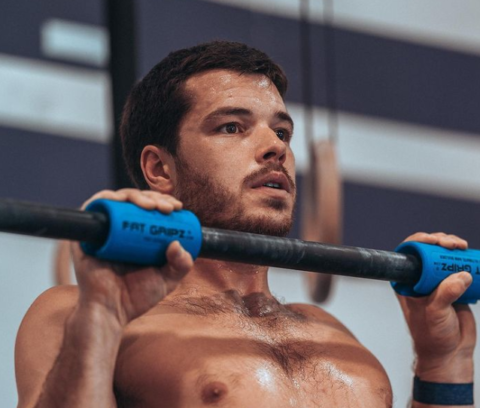